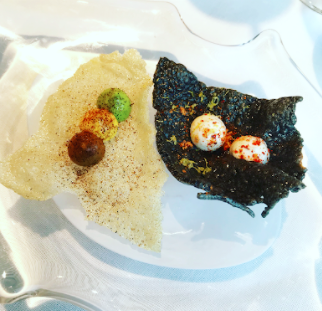 Here’s a fact of no interest to anyone but the writers of this blog: Angler is the nearest Michelin-starred restaurant to our offices, sitting within a hundred yards of my desk, at the top of the South Place Hotel, Broadgate.

Because of some ingrained suspicion of City restaurants, we’d never visited it. But last week, in the noble spirit of overturning prejudices and recklessly splurging money the day after payday, we found ourselves in the lifts of the South Place Hotel, heading skywards. 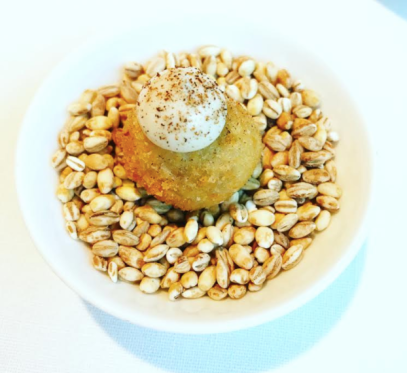 The first thing to say about Angler is that it looks good. The dining room is long, sleek and elegant, business-like but fun. Its sloping windows make it feel strangely small and intimate. We arrived before the restaurant even opened, and were shown out onto a terrace. This space has a retractable roof which is opened for parties in the summer, but so greenhouse like were its enormous, sun-capturing windows that even on a chilly early-spring evening we felt warmed. 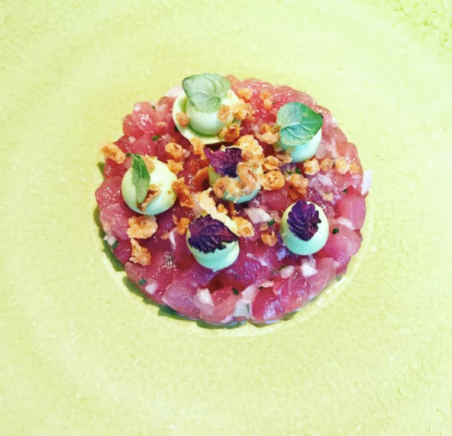 The sofas on the terrace were so comfortable, and the room so sunlit, I almost fell asleep in between sips of my merlot, and if it wasn’t for the sparklingly lively conversational skills of my partner in culinary crime (or was it her kicking me under the table?) the waiter would probably have had to wake me when the table was ready. You also get a decent view of London from both the restaurant and the terrace, although this view is getting trimmed on an almost monthly basis, as office after office sprouts on the City skyline, swallowing up relative minnows like the South Place Hotel. 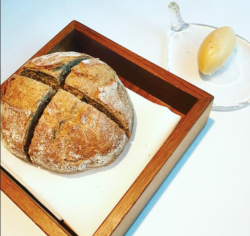 We ordered the 6-course tasting menu, which was supplemented by an assortment of tiny snacks. Snacks probably conjures up images of a piece of cheddar on a ritz cracker, or a small plate of prawn cocktail crisps. Our snack was an exquisite little wild boar arancini, with a squid ink cracker covered in taramasalata, and another with a whip of garlic, butter and wild mushrooms on it. Not pub food exactly.

From there the courses came thick and fast: a tartare of yellowfin tuna with little mounds of muted, cooled wasabi to give it the slightest of kicks; roasted octopus with Suffolk potatoes, which managed to escape the rubbery destiny of most of octopus; roasted mullet with yet more octopus. 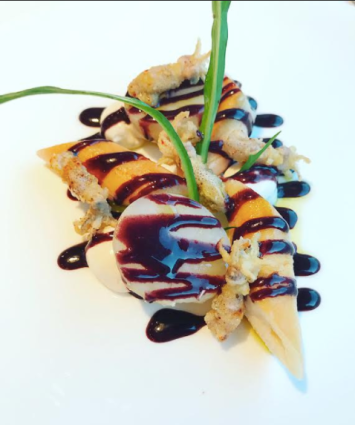 Each dish was small, light and well measured. I did find myself pausing occasionally and wishing I would find something on my plate that had not been dredged out of the ocean, some four-legged creature raised on a farm or shot in the sky. Even my partner in culinary crime, whose ideal diet would be similar to that of a basking shark, looked as if she was beginning to want some break from the sea.

But on we pushed. And the last savoury dish turned out to be the best one: a white Talbot on a gleaming white plate, with Japanese mushrooms and squid, and a Japanese sauce poured across it. It was warm, aromatic, crisped, subtly flavoured. 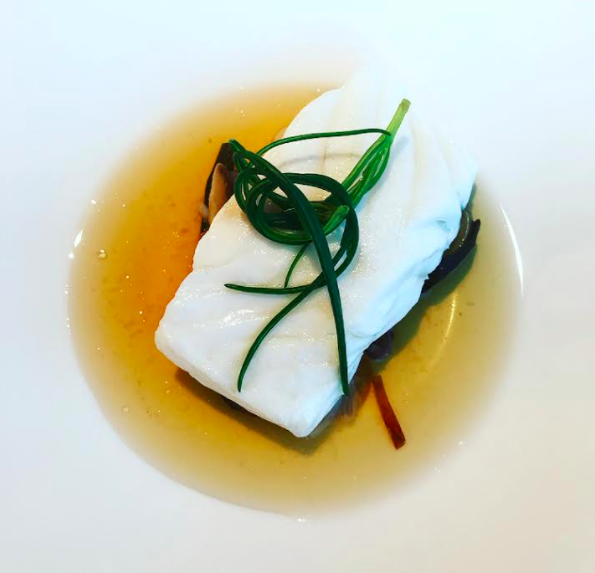 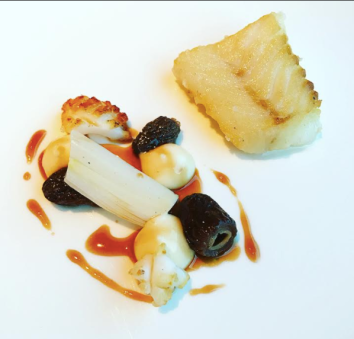 Angler is jostling for entry at the foot of our top ten restaurants list. Lima Floral and Sosharu are probably the restaurants currently in the top ten that are closest to being forced to walk the plank. One of them will likely be evicted this coming week, and the other will likely receive a stay of execution. Neither one will receive a last meal. The tension mounts.

Regardless, Angler is an excellent restaurant, tucked in the heart of the City, and deserves more attention. 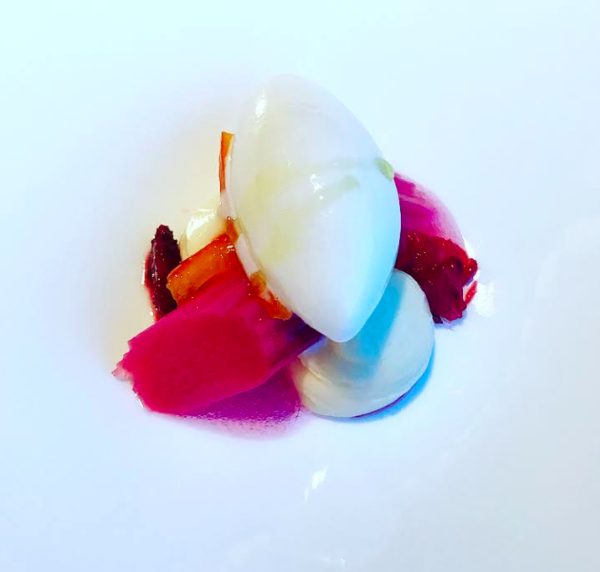