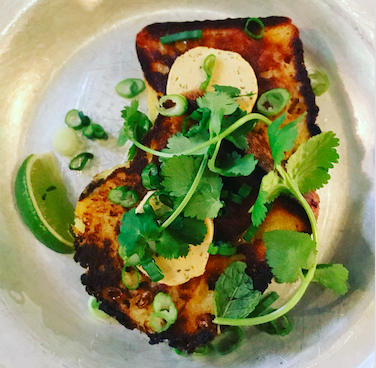 I would like to say that we ended up in Caravan on Valentine’s Day as part of some elaborately romantic plan – hatched well in advance – possibly involving the scattering of rose petals across the table, a small band of violinists emerging from the kitchen to serenade us, an exquisite piece of jewellery buried in a favourite cake for dessert. But the reality is, Caravan was the only restaurant within 300 metres of our offices not named Nando’s that had a free table on an hour’s notice on this most over-booked of days.

The fact that this table happened to be about two yards from the large double doors, meant that we were subjected to an arctic blast of wind every 30 seconds, and did not enhance the romance of the evening. 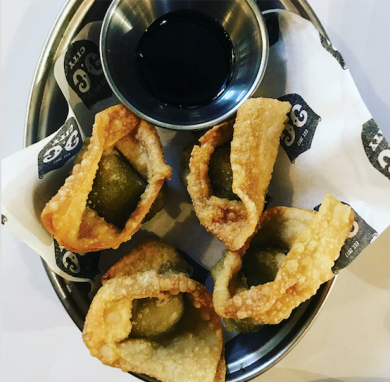 But what of the food? Did it claw back victory from the jaws of defeat? Not really. Caravan, like almost everywhere these days, has a tapasy, share your plates, things come out when they’re ready type of vibe. Embracing this, we ordered up a plate of stilton and peanut wontons, on the basis that we both share a deep love of cheese, and when better to indulge in what you love than Valentine’s Day?

The dish they brought us was capable of killing off even the most rocksteady of human-food relationships. The fried wonton pouches were cloying, sickly and artificial, reminding me of McDonald’s cheese bites, or even the dreaded Mozzarella dippers. The bowl of soy sauce, brought for dipping purposes, made a bad dish even worse. This strange collection of ingredients should be kept well apart and never be allowed to interact with each other again, under any circumstances. 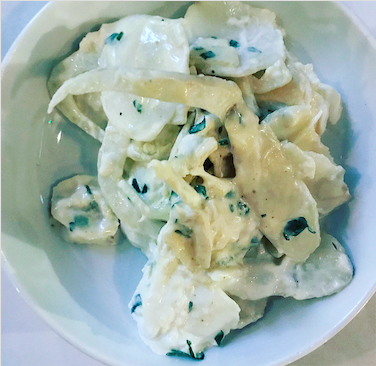 The jalapeno cornbread was okay when lavishly covered with chipotle butter, but the cornbread itself was savagely dry, and eating it unbuttered felt like swallowing a desert nomad’s flip-flop without a glass of water to wash it down. A bowl of burrata with slithers of artichoke, mixed with parsley, lemon and garlic, was better, but partly this was down to our desperate gratitude after being water-boarded by two kitchen atrocities right off the bat.

A bowl of pork belly, served with chopped cucumber and celery, flavoured with caramel and coriander, was a quality dish, and could have held its head high in most restaurants. The pork was tender, juicy and flavoursome, the only issue the fact that there were only three small chunks of it, which threatened to cause a riot as I tried to fend off my partner in culinary crime’s fork as she desperately tried to spear the third and final piece. 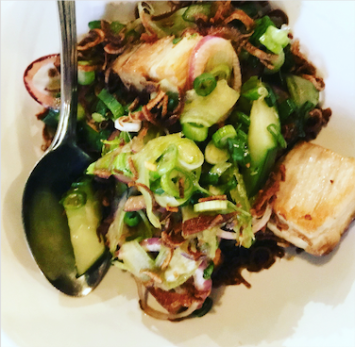 A plate of carrots in paprika and mint yoghurt went almost untouched. This was perhaps more our fault than the restaurants, since we both loathe carrots, and only ordered the dish because my partner in culinary crime’s parents had told that we constantly order and review exactly the same foods each time. We can now say with honesty that we have ordered something never before mentioned on Life at the End of a Fork, even if we never got around to eating it. 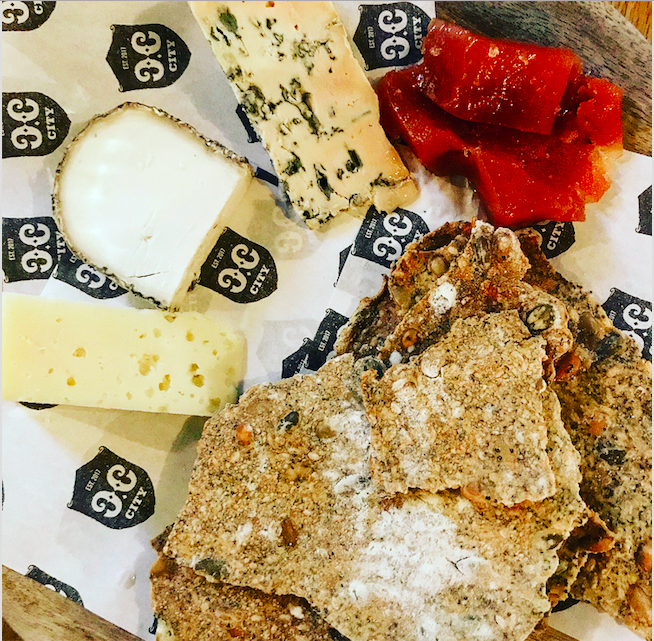 I enjoyed a delicious chocolate tart for dessert – the chocolate was dark, rich and powerful, and was the highlight of the meal. My partner in culinary crime ordered a cheese board, but only nibbled at it, at which point I began to feel positively alarmed, and decided I needed to order the bill and let her get some rest, perhaps visiting A&E in the morning if she was still turning down cheese.

Perhaps we should have tried the Nando’s…